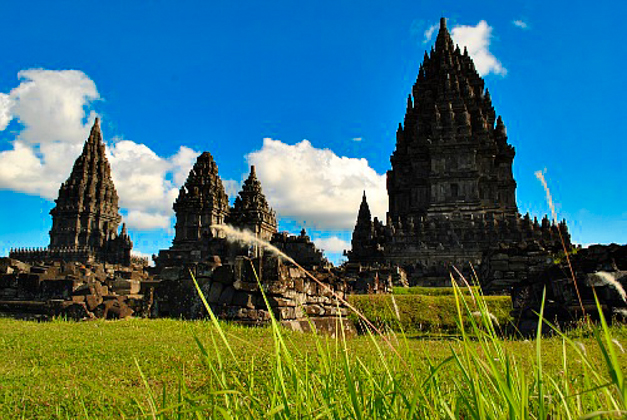 A journey down Central Java is like traveling back in time. Life here seems to summon up ancient Javanese culture. Dappled around are age-old religious monuments built by their ancestors. Ask any tourist what they like about this region, and most likely you will get ‘culture’ as answer. 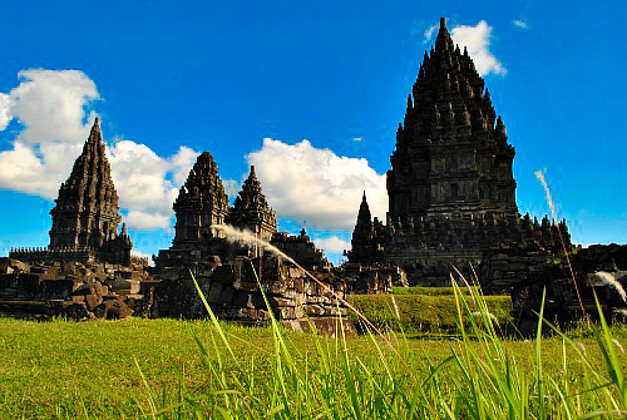 On my week-long visit to Yogyakarta in Java – known for its batik, wayang theaters, music and fine arts, among others – I made time to visit two of the country’s most sought-after temples – Borobudur and Prambanan, situated a few minutes away from this bustling metropolis. Although they can be reached by commuting – which I am used to – I availed of an inexpensive hassle-free tour package. Booking tours in Yogyakarta is never a problem, as travel agencies stand shoulder to shoulder along the chaotic Malioboro Street and adjacent avenues. 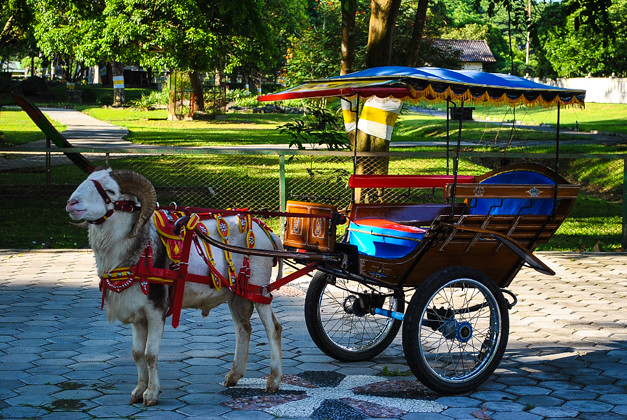 Buddhism Bliss At first sight, Borobudur looks run-of-the-mill; recurring stupa (dome-shaped monument housing Buddhist relics) loop this colossal pilgrimage site. It consists of nine platforms; the upper three are circular while the six lower are square in form. But as I climbed my way up in a clockwise direction keeping my left shoulder away from the temple, I noticed intricate carved reliefs and images depicting vital Javanese stories on blocks of stones that make up the gigantic temple. “Borobudur represents the universe based on Buddhist cosmology,” our cheerful female guide explained. 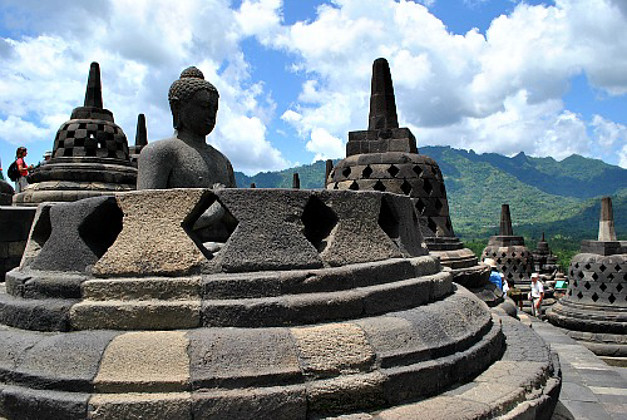 “The three central elements of Buddhism are expressed in the architectural form of the stupa, the Meru and the mandala, while the panels depict Mayahana Buddhism”, she continued. “The base represents Kamadhatu or the spheres of desire. The five Square terraces above the base symbolize Rupadhatu (form) whereas the three circular terraces signify Arupadhatu which means formlessnes

Borobudur enjoys a spectacular location with a delightful view of rural scenery. At the summit, it has an extraordinary view of  Gunung Merapi, the most active volcano in Indonesia, destroying many lives and pastoral lands consecutively over the years. Here, a panoramic view of the green surroundings offers a much-needed respite from the mayhem of nearby cities. 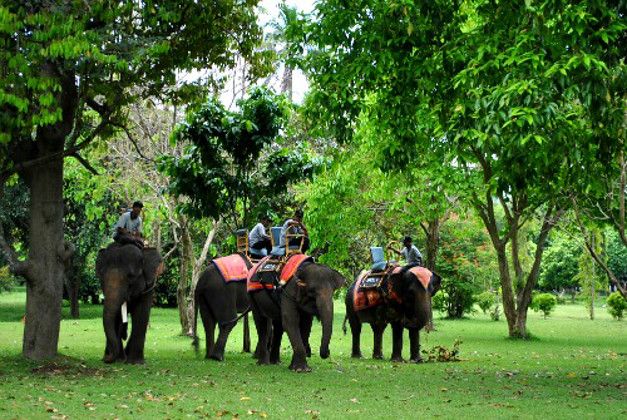 The Return of Hinduism

Prambanan Temple, although lurking in the shadow of the more famous Borobudur, is arguably prettier. This soaring shrine with piercing ratna (the temple’s pinnacle), designated as a UNESCO World Heritage site, is the largest of its kind in Indonesia.

Borobudur enjoys a spectacular location with a delightful view of rural scenery. At the summit, it has an extraordinary view of  Gunung Merapi, the most active volcano in Indonesia, destroying many lives and pastoral lands consecutively over the years. Here, a panoramic view of the green surroundings offers a much-needed respite from the mayhem of nearby cities.

As is in other Hindu temples around the world, its architectural flair replicates a fusion of arts: the principles of dharma and the traditions of Hinduism. It is said to imitate Mount Meru – the dwelling of Shiva and other Hindu gods. The archaeological park is vast, dappled with both well-preserved and ruined temples. Based on anecdotes, originally, there are over 240 temples that stood here. I made my way to the inner zone of the complex which pretty much houses the 8 main candi (shrines) and 8 minor temples. I took a closer look at the panels of the main temples and noticed that they too – just like Borobudur – are carved with bas-reliefs depicting classical Hindu stories like the Ramayana. The walls of the candi are also embellished with statues of Brahmin, apsaras and devatas.

Enshrined inside the main chamber of each major candi is the main deity. Undoubtedly, Central Java is the heart and soul of Javanese culture, bounded by deeply-rooted religious traditions. Its temples, as sacred as it is purposeful has vigor of its own, each serving important roles to the lives of the Javanese people. 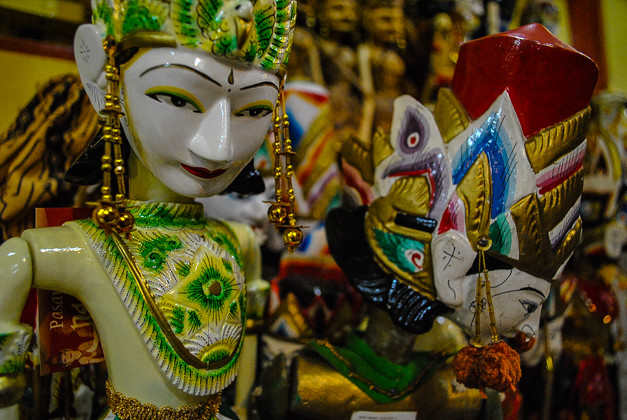 How to get there:

From Manila, there are direct flights to Jakarta. Then one can take an overnight train or bus to Yogyakarta or take a domestic flight from Jakarta to Yogyakarta.